At the foot of Spain’s Sierra Nevada mountains in the heart of Andalusia, lies the city of Grenada – home to the thirteenth century Moorish citadel and palace of Alhambra. Dominating the Al-Sabika hilltop overlooking the city where a ninth century fortress once stood, this masterpiece of Moorish architecture is Granada’s star attraction and an absolute must-see, even for those of us who’d rather have a root-canal in Nicaragua than deal with a crowded tourist attraction.

Part fort, part palace – this UNESCO World Heritage site is a masterpiece of medieval architecture: expansive chambers are adorned with arabesques and calligraphy; multi-dimensional ceilings stun with their intricacy; doorways and pillars are encompassed by lush gardens; and fountains and decorated walkways overload the senses and enchant everyone who comes to this magnificent place.

Our first day in Granada, we climbed the steep streets opposite the Alhambra to the Mirador de san Nicolas for a sweeping panoramic view of the complex. A pair of local Spanish guitar players sat on the wall singing traditional favorites while adorable little kids played soccer in the courtyard. Charming.

Even from a distance the tall stone walls, towers and spires of the palace bathed in warm afternoon light were a sight to behold, but nothing could have prepared us for the visual feast that was to come.

The following morning we exited our cab at Alhambra’s main gate – tickets in hand, cameras at the ready and fashionably early for our morning time-slot. This being mid-season, the only real crowd evasion strategy was the hope that we’d be among the first to arrive and with any luck be able to get off a few shots before the tour busses of daily visitors poured through the gates.

Alhambra is huge. Not only does the complex cover a large area, but there are seemingly endless buildings, chambers, courtyards and gardens in which to lose oneself. Despite its enormity, we rarely found even the smallest corner to ourselves and soon accepted the reality that photographing Alhambra was to be about the details… Which as ideas go, isn’t half bad since Alhambra itself is all about the details – so much detail in fact that you’d need weeks or even months to fully appreciate the layers of detail that make Alhambra so magnificent.

Despite the mid-season crowds (and our little encounter with security after getting busted for attempting to sneak into the Generalife gardens after missing our time slot), we had an unforgettable experience, captured some amazing photos and can’t wait to return. Alhambra is one of the few outstanding tourist attractions we put on our must-see list for Spain.

The Alhambra limits the number of tickets available per day in an effort to manage crowds, however, in 2014 they still managed to accommodate 2.4 Million visitors (at the height of summer 6,000+ visitors daily), making Alhambra the most visited tourist site in Spain. Tickets can be purchased from the Alhambra ticket office in person, online and by phone or any La Caixa Bank ATM.

WanderTip: Tickets can be sold out for weeks or even months in advance on their website. Don’t panic if this happens to be the case on your travel dates. Alhambra has a bookstore in town (Granada) called Tienda De La Alhambra ( Calle Reyes Católicos, 38, 18009 Granada, Spain) where you can purchase tickets for same day (although they may run out of those) or next day visits.

Best times to visit: Aside from visiting out-of-season when crowds are thinner, they say the best time slots are the first in the morning or the last in the evening. Whichever you choose, be sure to wear shoes suitable for a full day of walking – you’ll be on your feet all day and will cover a considerable amount of ground if you want to see everything.

Where to eat: Whether you’re on a budget or just the picnicking type, you can pack your lunch in with you and eat on one of the many path-side benches,Aljibes square, or in the beautiful Partal Gardens (as you exit the Nasrid Palace).

For a formal dining experience, try the Parador Restaurant which boasts a large menu with all the accouterments – or for a more casual experience step out to the Parador Terrace with its bar style menu and a beautiful view of Generalife.

WanderTip: When you purchase your tickets, you are assigned a time slot for Alhambra as well as for the Nasrid Palace (the main attraction) and a final entry time for the Generalife gardens. With all there is to see at Alhambra, it’s easy to lose track of time (especially if you decide to stop for lunch at one of the restaurants). If you don’t arrive at the entrance to the Nasrid Palace or gardens within the designated times on your ticket, you’re out of luck. They are strict with their timetables and don’t make exceptions.

Getting To The Alhambra

The Alhambra is located at Calle Real de la Alhambra, Granada, Spain. If you are not staying within walking distance, be aware that parking at Alhambra can be tricky, especially if you haven’t booked the first entry time of the day (only 500 parking spaces in the Alhambra lot) – consider taking a local bus or better yet a taxi which, if you’re staying in the area will probably cost less than parking anyway. 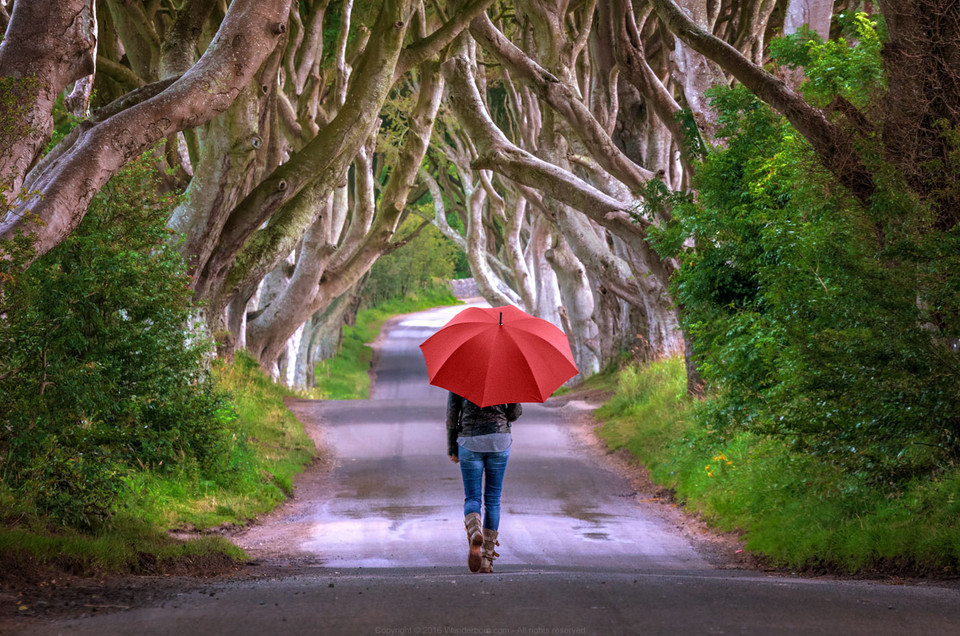